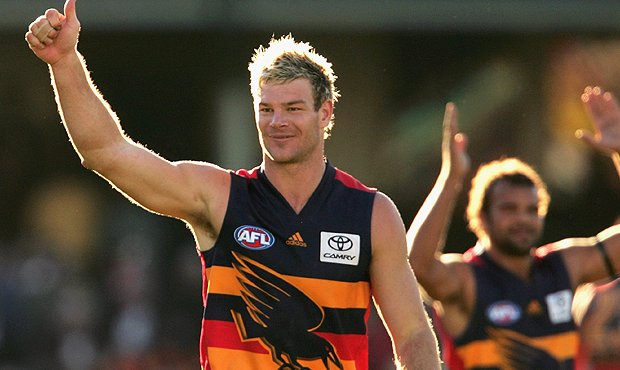 ‘Rhett’ has been named the most popular baby name in Australia for the 10th year running, narrowly beating out Rory, Eddie and Erin.

The name was popularised by Adelaide Crows cult hero Rhett Biglands, who’s retirement from the game in 2008 saw a flood of babies named after the imposing ruckman.

A report by the Australian Bureau of Statistics also showed that 40 per cent of newborns given the name were girls, which is a significant departure from the historical masculinity associated with the name.

Biglands himself credited the popularity of the name to his performances as a boundary rider for Channel 7 during SANFL Games.

“If there is one thing that people want their kids to aspire to, its commentating an SANFL game. Trust me, my dad was more proud of me when I picked up the mic than anytime I stepped out on an AFL field.”

“I’m just glad that people are calling their kids sensible names, and not stupid egotistical names like Paddy, Travis or Michelangelo.”